Starting tomorrow until October 20th, it's EU Code Week 2019; that time of year to get young adults excited about programming.
Just as last year, several members of our team are taking part in one of the initiatives for that European Code Week; we'll be giving a workshop to 11 year olds by building a little robot with them next Thursday.
This blog post puts a spotlight on these initiatives and explains how you can help.

During 15 days hundreds of activities happen all over Europe that want to celebrate creativity, problem solving and collaboration through programming and other tech activities.

You probably need little convincing that digital literacy is super important in today's world. Getting young adults interested in programming is one way of driving that.

"It's about Pia, who felt like she had to study law, even though she always enjoyed maths and playing with computers. It's about Alice, who dreams about making robots because her parents don't allow her to have a cat." - codeweek.eu/about

The initiative started in 2013 and had grown to 44000 activities reaching 2.7 million people all over Europe by last year, all run by volunteers. The EU Code Week includes a.o. well-known initiatives like CoderDojo. 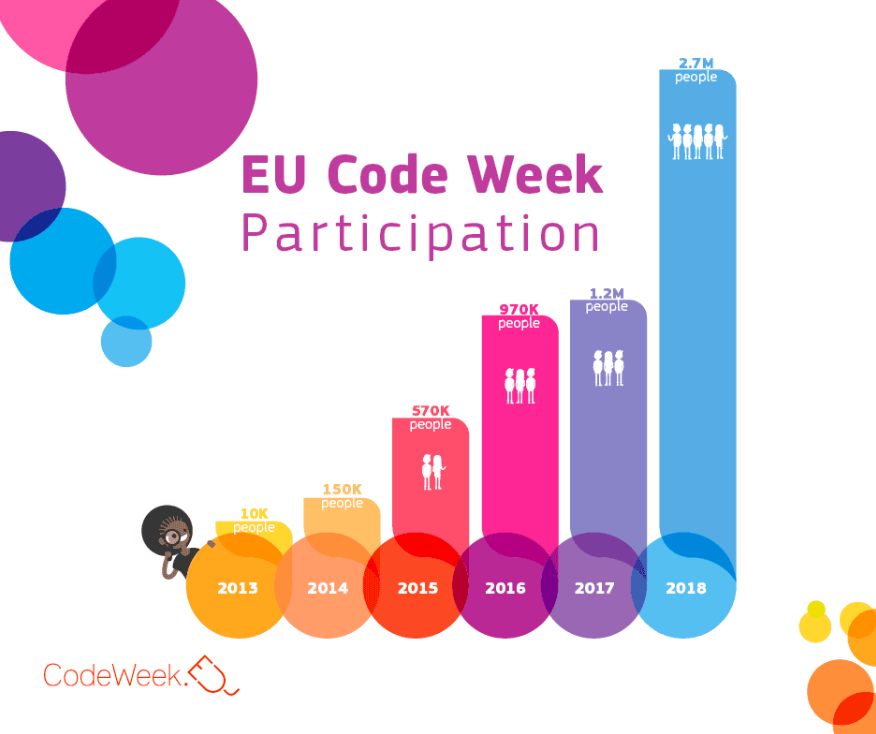 One of the other organisations taking part in the EU Code Weeks since a few years, has its roots in the hometown of Clarabridge Engage: WeGoSTEM.
(STEM is short for Science, Technology, Engineering & Mathematics, an acronym often used in education to refer to these fields, as part of a curriculum that is interdisciplinary & using an applied approach.)

WeGoSTEM's mission is to organise a fun workshop in as many schools as possible (mainly in Brussels & Flanders) to give as many 11 to 12 year olds as possible a first introduction to programming. Here's the robot we're building: 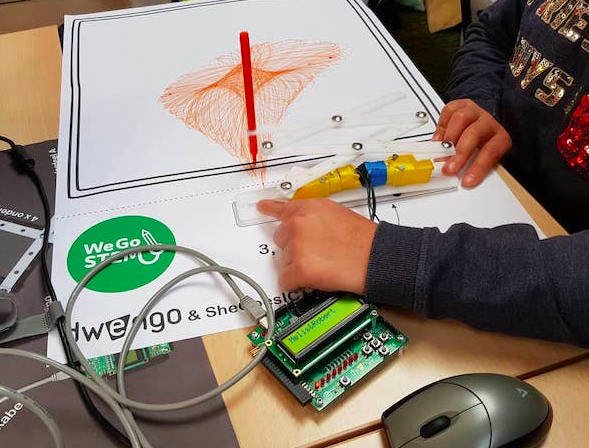 WeGoSTEM is a project of the NGO's Dwengo & SheGoesICT. Dwengo is organising teaching activities for people who want to experiment with micro-controllers, all around the world, and more specifically in socially-disadvantaged countries. SheGoesICT has as clear goal to advocate gender diversity in IT companies in Belgium.

The NGO's behind WeGoSTEM have diversity and inclusion in their DNA, so it's no wonder that also in the workshops they give, they focus first and foremost on reaching as many girls as boys, and focus on giving workshops in schools with many children from disadvantaged groups and rural schools. (In 2018, 29% of the children who participated in WeGoSTEM had a special socio-economic status (SES), while the average is only 20%.)

I've joined a few workshops that teached programming concepts to kids on Wednesday afternoons or during weekends, but there's no denying these are too often an affair for boys, and for kids from economically advantaged parents. For me personally, WeGoSTEM’s focus on inclusion, is a very big motivation to volunteer for this project.

By the end of the workshop the main goal is to have given every single kid a fun experience. (Not about building the most complex robot, or have the most advanced programming sequence ...) The only goal is to play around with a micro-controller and use the basics of a visual programming language.

✋ How it is to volunteer

So if you sign-up to volunteer, what actually happens? First, you indicate one or more dates you're available to give the workshop in a school, and area of preference. (This year, Jared and me are heading to a school in Bruges.)
There's also several training sessions around Belgium where the core team of WeGoSTEM explain the project, structure of a typical workshop, you get the time to build & play with the robot yourself, and meet the other volunteers.

When you visit the schools, you're a team of 3 coaches (of which almost always 1 has given the workshop previously).

Oh, and in the afternoon, you do it all over again, for another class.

The whole experience - standing in front of a class room and having kids so eager to experiment with programming - is absolutely wonderful. And also quite exhausting (no need to convince me of the importance of good teachers, after only a single day in their shoes 😅.)

Maybe you helped inspire a kid to choose an education path focusing on STEM? Maybe you gave the teacher of that class the empowerment & tools to incorporate programming in some of their lessons? Maybe you helped show policy makers the importance of digital literacy and drive change? 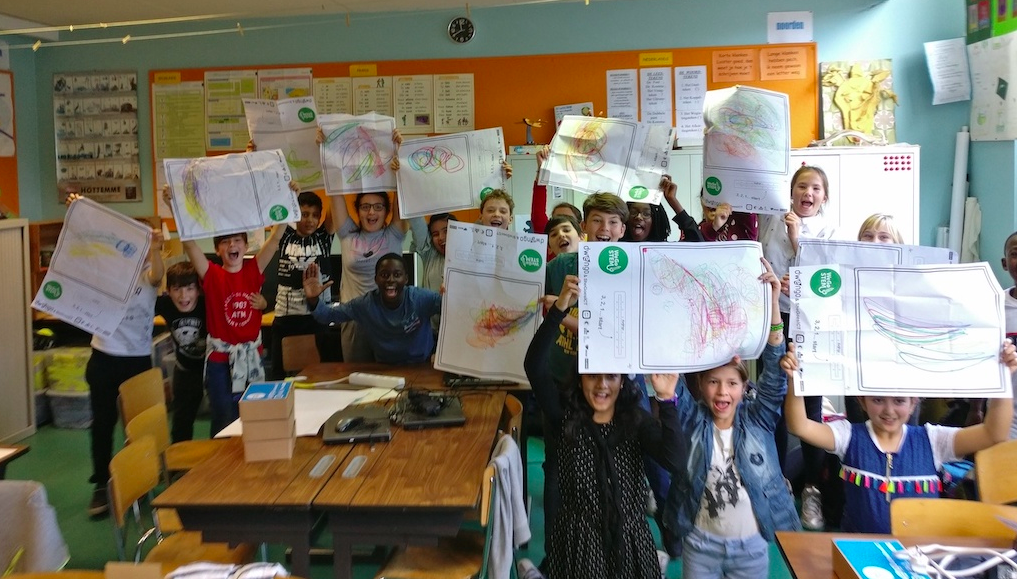 WeGoSTEM is 100% supported by volunteers in all participating countries. Workshops for the code week start next week, but there's definitely some free spots for coaches still. If you want to participate, check out the dedicated websites: WeGoSTEM Belgium and WeGoSTEM Greece.
After the Code Week, all volunteers can also always use the workshop materials needed to give an extra sessions in a school where you have a friend, kid or nephew or niece, so if you want to help us host a workshop, do let us know ...

Although the costs to run this project are very low (probably among the lowest euro-per-kid for STEM projects in Belgium), they can always use some extra help. WeGoSTEM is working with several partners that donate money, laptops, or help source volunteers amongst their employees.